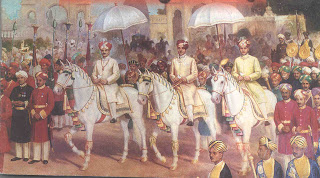 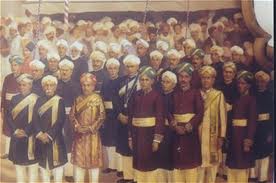 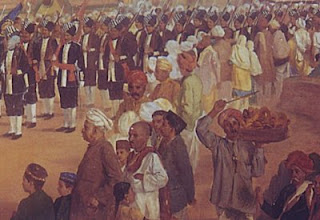 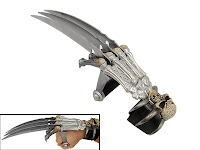 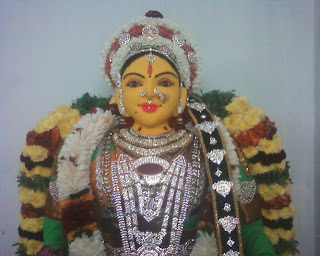 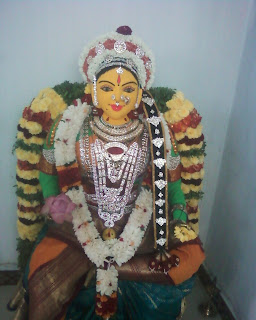 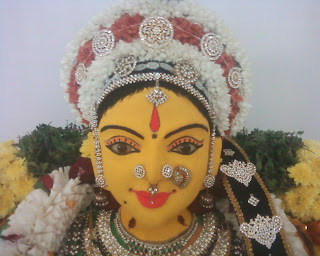 Posted by R-Bhaskara Narayanan at 10:16 PM No comments:

bandhani =cool and famous – and popular and beautiful attire, especially for white-females and that too ISARELI. 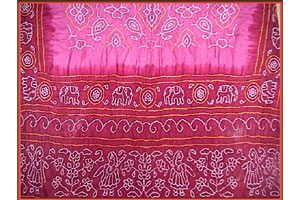 NOW, SINCE ->Bandhani is a technique of tie and dye -> involves two stages:
[A] tye sections of a length of cloth (silk or cotton)
[B] Dump/pour the cloth in gobs of color
The rainbow-tinged turbans of the Rajputs and the odhnis of their women are shaded by this method of resist dyeing.

Bandhani is an ancient art practised by people mainly of Rajasthan and Saurashtra Gujarat.
Jaipur, Udaipur, Bikaner and Ajmer and Jamnagar are among the important centres producing odhnis, saris and turbans in bandhani.

With the use of blocks dipped in geru, a red mud color. The cloth is than pinched with the left hand, one knot follows another, using the same thread.

After the section which are to be retained in the background color had been tied, the dying is repeated and the process of tying is cried out.

The fabric is gradually dyed to the final dark color, which is either a brilliant red, purple, dark green a deep ultramarine blue or black. It is contrasting color border is to be created than the body of the saree is tied with the thick threads and then covered with a plastic sheet, which is tied firmly with thick threads. 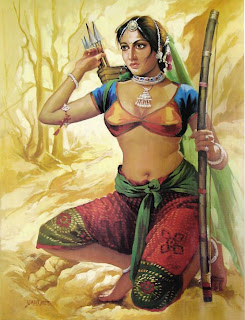 The border is then dipped in another shade. This is the traditional technique for tying and dyeing, which is followed, in all the important centers of Saurashtra and Kutch of Gujarat and also in Rajasthan.

Rajasthan, which has developed a different range of colors, has mastered another technique in which the background is in light color while the patterns are in dark colors.

The red chundari, which is used as a veil by young married women in rural areas, is never dyed in fast colors bandhanis.

Kutch produces the finest bandhanis in India. Mandvi and Bhuj are important bandhani producing centers. The Khatri community of dyers are known for their fine quality of work. They control the trade and the craft, purchasing and processing the material themselves. The dress of the Khatri women, the aba, a long chemise, carries the finest bandhani.

It is tied and dyed at the neck, the side openings, the lover border and the sleeves. The end of the salwar and matching ordhnis are also worked with tie and die designs. The finest work is done on the wedding dress, which is enriched, with silver and gold thread embroidery.

Gujarat in western India is home to one of the famous "Ikat" tradition called "Patan Patola". 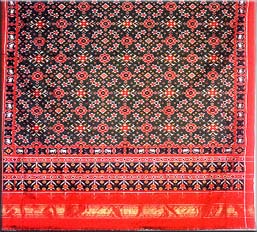 India has a rich and ancient heritage in fine textiles.Patola from the area of patan in North Gujarat Region of western india glorifies this heritage. With its unique gem like qualities, colors and designs.The peculiar quality has its origins in a very intricate and difficult technique of Tie dying known as "Bandhani Process" on the wrap and weft separately before weaving. Before world war-II Indonesia was major buyer of Patolas. Historically the art of Double Ikat patola weaving dates back to centuries.Paintings in ajanta caves resemble the tie-dye technique of patola. Legend indicates that sometimes in the 12th century AD, King Kumarpal of solanki dynasty invited 700 families of patola weavers from Jalna (South Maharashtra) to settle down in Patan.

Dewelling on the fast colour of the patola, a Gujarat poet wrote; "Padi patole bhat faatey pan phite nahin" meaning the design laid down in the patola may be torn, but it shall never fade.

Salvi family is one of them who has continued this traditional art and has preserved it even today. This is our heritage art from four generations.


NOTE : Please note that the Surname Salvi.  The word Salvi pronounced by Salem Tamil Nadu's dialect Sourashtra people exact as in Gujrat.  Whereas in Madurai, Tamil Nadu's dialect the word pronounced as Savli. Both Salem and Madurai Sourashtra people migrated from thousands year before to South India.
Posted by R-Bhaskara Narayanan at 8:06 AM 1 comment: