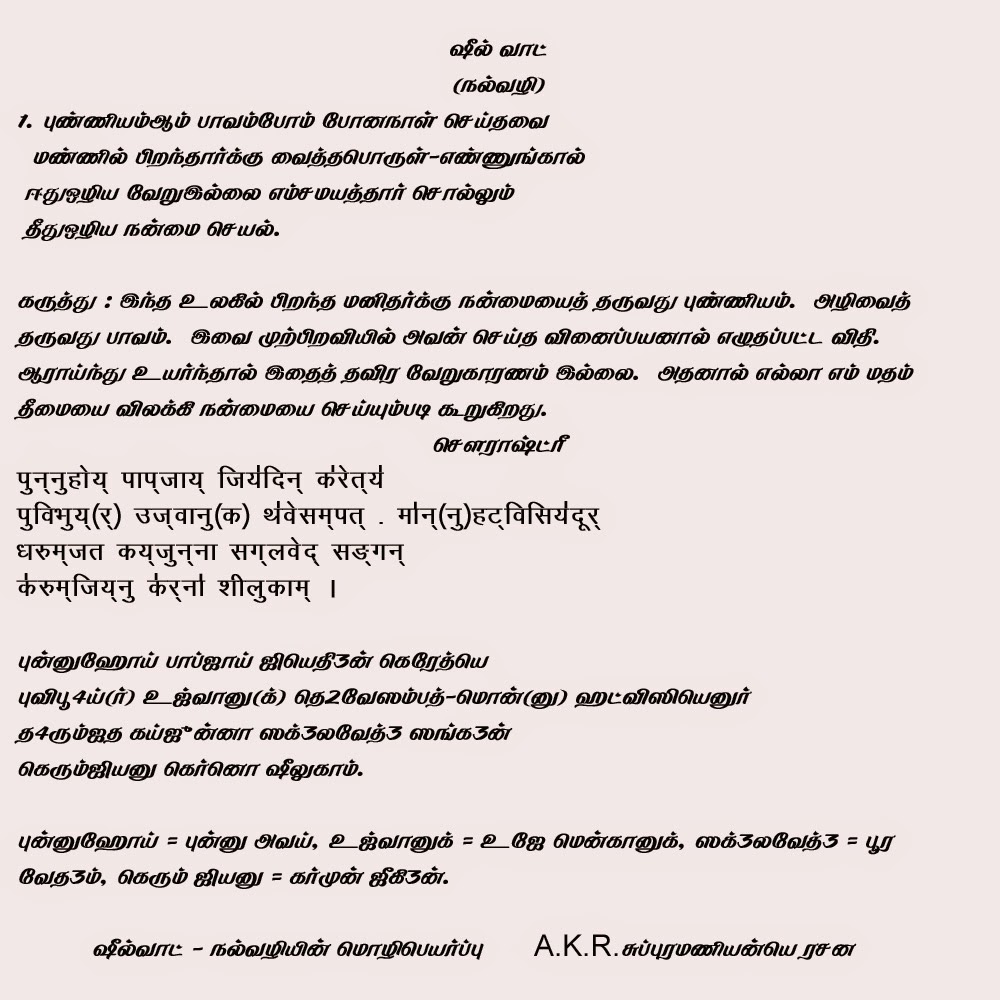 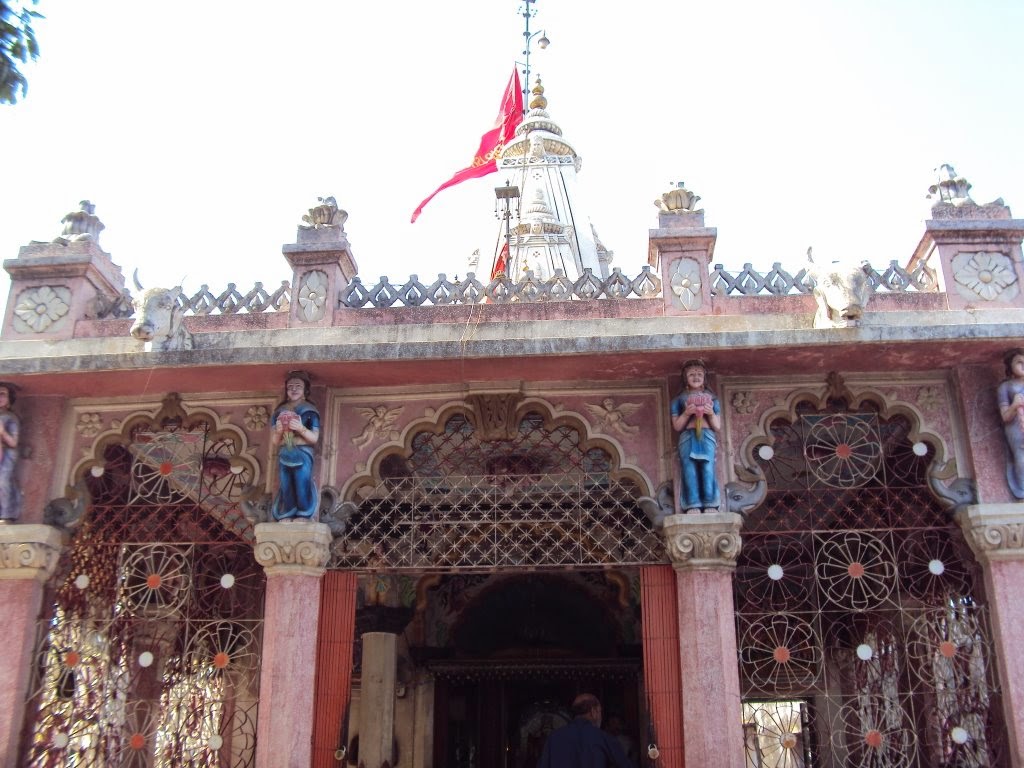 There are very few temples of Shri Bhuvaneshwari in India. One of the temple is situated on the bank of river Tungbhadra in the south India and an another is in the western India in Saurashtra at Gondal. Bhuvaneshwari Temple with the Pithastan is only at Gondal. This Temple with the Pithasthan was founded in 1946 A.D. by Brahmaleen Jagadguru Acharyashri Charantirthji Maharaj. Therein the Pranpratistha ceremony of the idol of Mataji was performed by Rev. Lalitaba, wife of Acharyashree.

TEMPLES AND SHRINES OF GODDESS BHUVANESWARI ALL OVER THE WORLD 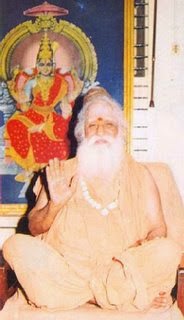 Bhuvanam means Universe and Easwari is Ruler. Goddess Bhuvaneswari is the Universal Mother and Ruler of the Universe. Her Bheeja is `HREEM’ and she resides in the Manidveepam – a fort. She has four hands, two of which bless the devotees while the other two holds the noose to draw the devotee closer to her and angusam to rid the devotee of their sufferings. She is one of the Dasa Maha Vidyas while the others are Kali, Tara, Shodasi, Tripurabhairavi, Cinnamastha, Dhumavati, Bagalamuki, Rajamathangi and Kamalathmika. It is believed that the 10 incarnations (Dasavatara) of Lord Vishnu emerged from the 10 fingernails of Goddess Bhuvaneshwari. It is said that one eye of Goddess Bhuvaneshwari is regarded as Raja Mathangi, who bestows prosperity and erudition while the other eye is that of Goddess Bhuvaneswari is Varahi- the Commander-in-chief of the celestial army, who protects devotees from all evil.

Posted by R-Bhaskara Narayanan at 1:35 AM No comments: 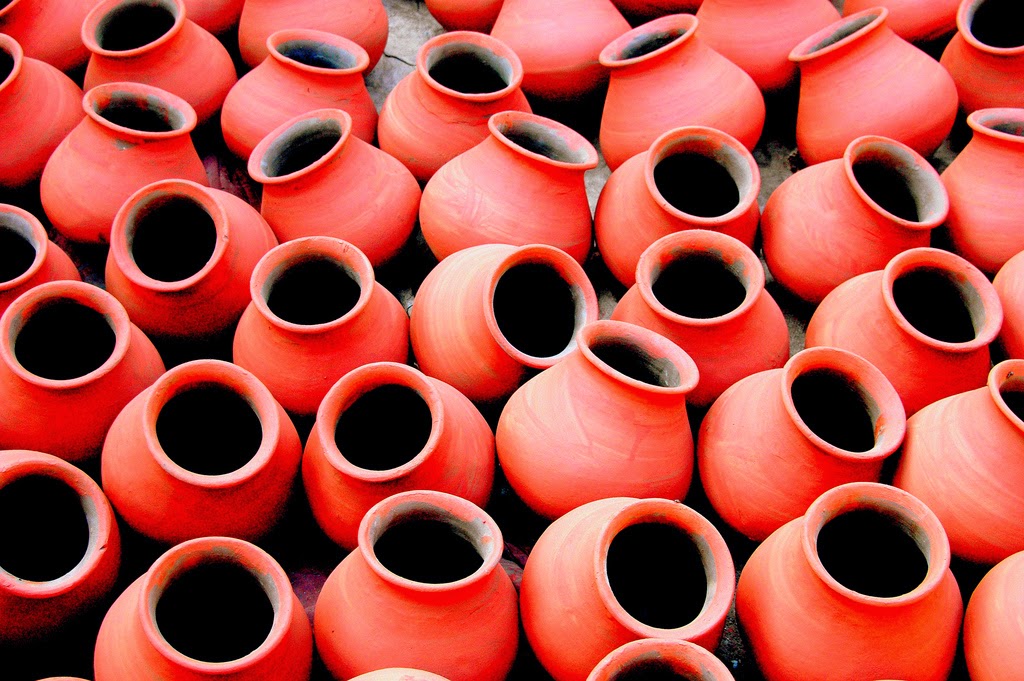 Kumbharwada, where a community of potters has been staying for many generations, is emblematic of the pressures on livelihood in Dharavi,Mumbai.

The Kumbhars, a community of potters from Saurashtra in Gujarat, were first relocated here from South Bombay in 1932 (after two previous relocations, always to the northern edge of the city as it was defined at the time).

They found a swampy, uninhabited district with plenty of space for their kilns and houses. Many years later, about 1200 families now live in Kumbharwada and most of the free space in the area has been taken up by kilns for firing the traditional earthenware pottery that the community makes for a living. There is no further room for expansion. The potters themselves are well aware that to be competitive in the long term, they must fire modern ceramics rather than earthenware. But such projects are unrealizable without the infrastructure or space for new kilns. Also bank financing is not easily available to people who have no collateral and therefore the Kumbhars must look for investment capital within their restricted family groups. In the meantime many of the younger generation are turning to new occupations such as carpentry, diamond cutting and even the merchant navy, as plastic is replacing earthenware as a material for many of the articles produced here.

At Salem of Tamil nadu, our sourashtrians paLo at Salem City; had a adjucent paLo called "Kumbaar paLa " which is Tamil Speaking potter's of Tamil nadu.  We also used to call the Potters as " KumbAr" nearest to Sanskrit word "KumbhakAraha" .  Traditionally we at Salem are weavers so we are called our self as " vinkar" nearly to Gujarati word "vaNkar".
However the "PaLo" is equalent to " Wada" or "Bhag" are the two words was not exist among Salem sourashtrians.  But We had to call the Salem Skandashramam's " Kannimaar odai" as " Kennigal Wada".  This word can force us to assume the word "Wada" was exist among Salem sourashtrians for some decade before.
Posted by R-Bhaskara Narayanan at 8:35 AM No comments:

Posted by R-Bhaskara Narayanan at 7:12 PM No comments:

Wild Saurashtra working for environmental education and its conservation & preservation is a non-government organization situated in Rajkot, Gujarat State, India.


Click Below Link and have a look at their work.

Read more »
Posted by R-Bhaskara Narayanan at 10:44 PM No comments:


Two subspecies of the Asiatic Wild Ass are found in India - the Indian Wild Ass (E.h. khur) and the Tibetan Wild Ass (E.h. kiang), found in the Himalayan deserts of Ladakh. In peninsular India the Indian Wild Ass represents the horse family. The general colour of its hide varies from reddish grey to fawn or pale chestnut. It has an erect dark chocolate-brown mane on its neck, which extends along the spine to the root of the tail as a thin stripe; the lower parts are white. The height at the shoulders is 3ft 8in - 4ft (110-120cm) and full-grown adults tip the scales at 250-290kg. The males are slightly superior in size and darker of colour than the females though this difference is not easily distinguishable.

The Wild Ass relies on its speed and keen sight for survival. An ass at full gallop can reach speeds up to 50 km an hour; average speeds can be 30-35 km an hour. They live in herds of up to 30-40 members, sometimes reaching 100, under the leadership of an alpha male who guides the movement of the herd.

Today the Indian Wild Ass is confined to the scorching Saurashtra's deserts of the Little Rann of Kutch. It enjoys protection in the Wild Ass Wildlife Sanctuary in the Saurashtra's Little Rann, under the Indian Wildlife Act of 1972. Once the khur galloped across the open sandy deserts of Kutch but habitat destruction and poaching drove this fascinating creature to islands, locally known as bets, in the temporary marshes of the Rann.
Posted by R-Bhaskara Narayanan at 1:13 AM 1 comment: