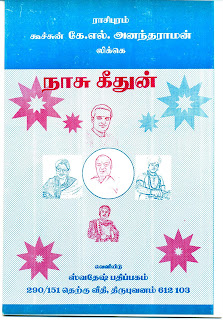 A book called " Nachu Geetun " written by Guchun K.L. Anantharaman Published by Swadesh Publishers, Tirubuvanam, Tanjure.  It contains more than fifty Songs.  All are Famous Tamil Cinema Song and translated in Sourashtri Language by the author.  Because of Sourashtra Community migrated to Tamil Nadu 1000 years before, the development of Sourashtri language requires these kind of work also. 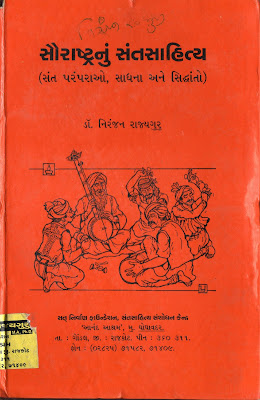 Saurashtra nu Sant Sahitya- published by Sat-Nirvan Foundation Ghoghavadar 2000. A collection of articles on saints (of different Disciplines), their practices and doctrines, with introductory notes on about 356 Saint-poets.

4) Bhajan-Mimansa.- Published by Rannade publisher, Ahmadabad 1990. A compilation of articles on oral tradition of ‘Sant Vani” discussing origin, form and development of tradition of ‘bhajan.’

६) Santvani nu Satva and Saudarya- published by Pravin Prakashan, Rajkot 1994. Co-edited with Dr. Nathalal Gohil and Dr. Manoj Raval. A compilation of critical articles on the form of ‘Sant Vani’. (Litterature produced by and pertaining to saints)

7 ) ‘Bijmargi Gupt Pat Upasna ane Mahapanthi Santo ni Vani’- published by Gujarat Sahitya Academy 1995. A volume on a mystic tradition of ‘Bijmarg’, containing its secret mantras, details regarding its rites and rituals, bhajans and other information of this mystic discipline.

11 Anand nu Zarnu 1997. A collection of philosophical and metaphysical articles.

Source : http://www.anand-ashram.com/books-published/
Posted by R-Bhaskara Narayanan at 10:54 PM No comments: 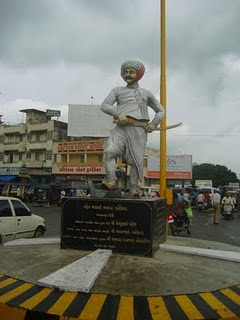 Even as Congress’ Porbandar MP Vithal Radadiya has demanded a separate state of Saurashtra, the state Congress has washed its hands off the issue. Senior party leaders in Ahmedabad made it clear that it’s Radadiya’s personal opinion and the party would discuss the matter with him.

Two days after the UPA government gave its nod for a separate state of Telangana, Radadiya said: “I will formally represent the matter before the Centre next week. We will do everything required to make the proposal.”

The Saurashtra Lokhit Sangathan Samiti, which was led by a former Congress minister, Mansukh Joshi from Rajkot City, had raised the issue for the first time many years ago.

According to Radadiya, the region consisting of seven districts — Rajkot, Porbandar, Junagadh, Jamnagar, Amreli, Surendranagar and Bhavnagar — has never been accorded just treatment.

Even though the region makes the biggest contribution to the exchequer, it has not seen much development. Barring petrochemical refineries in Jamnagar, the rest of the region is still industrially underdeveloped, he said, adding that the state government cannot take credit for Jamnagar’s development.

Whatever development has taken place in Kutch is due to foreign aid and tax holidays announced after the 2001 earthquake, his added. The MP said: “Even though the region’s economy is largely dependent on agriculture, there is still no proper irrigation facility. Besides, the future development of industries is limited between Vapi and Ahmedabad and not in Saurashtra.”

Bhavnagar MLA, Shaktisinh Gohil, who is also a Congress strongman from Saurashtra, refused to comment on the issue.

Source - http://www.indianexpress.com/news/mp-demands-statehood-for-saurashtra-congress-says-its-personal-opinion/553703/2
Posted by R-Bhaskara Narayanan at 10:27 PM No comments: